Uzbekistan’s top importing and exporting partners since beginning of 2022

In January-October 2022, Uzbekistan's exporters' number reached 6,586 which sold goods and services worth 12.5 billion dollars. This is reported by the press service of the State Statistics Committee.

In January-October 2022, fruit and vegetable products accounted for 5.8% of the total export.

In addition, the volume of export of services amounted to 3.2 billion dollars or 21.2% of the total volume of exports, which increased by 55.8% compared to the corresponding period of 2021.

According to the data of the State Statistics Committee, the partner countries with a high share in Uzbekistan's imports in January-October 2022 are: 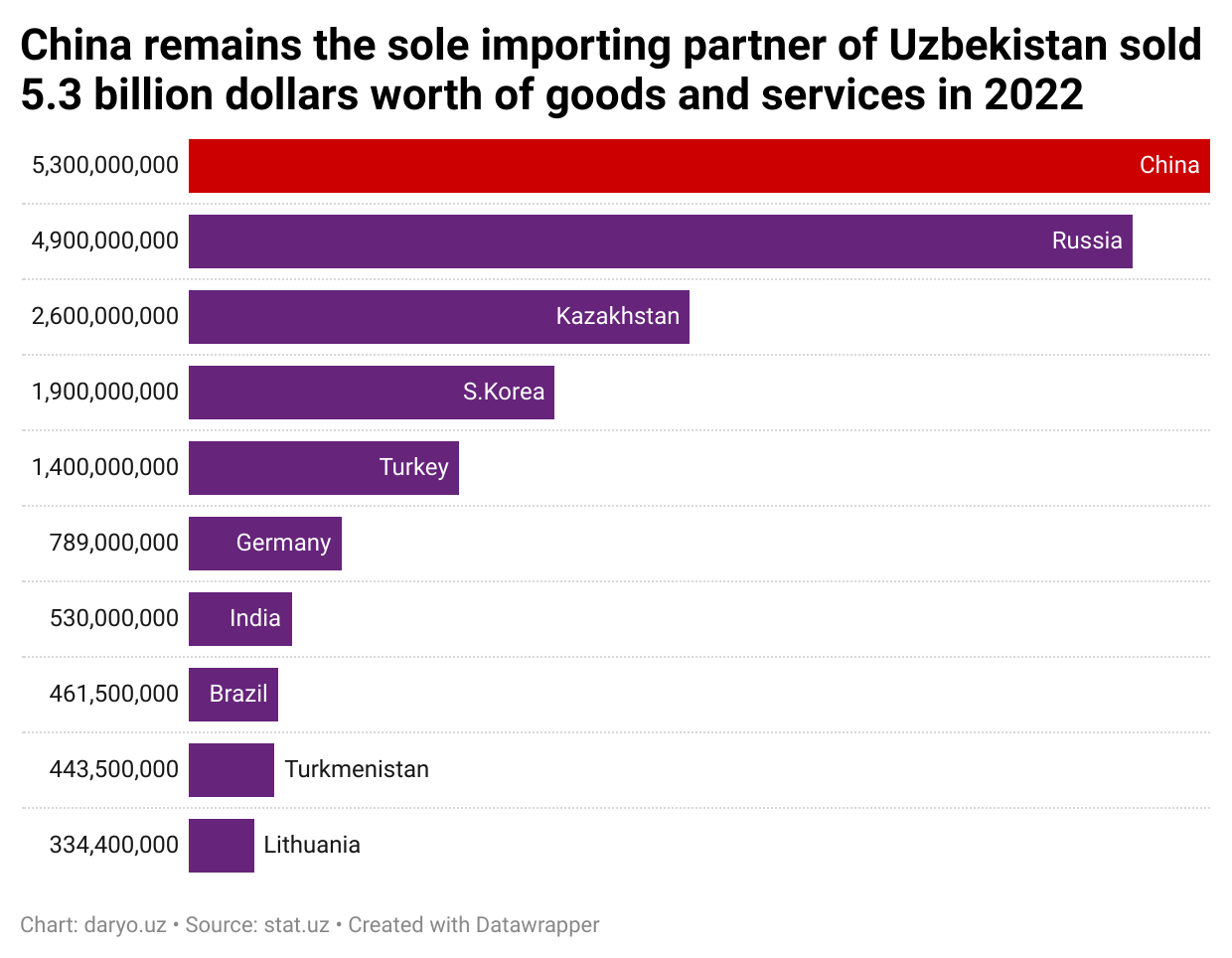